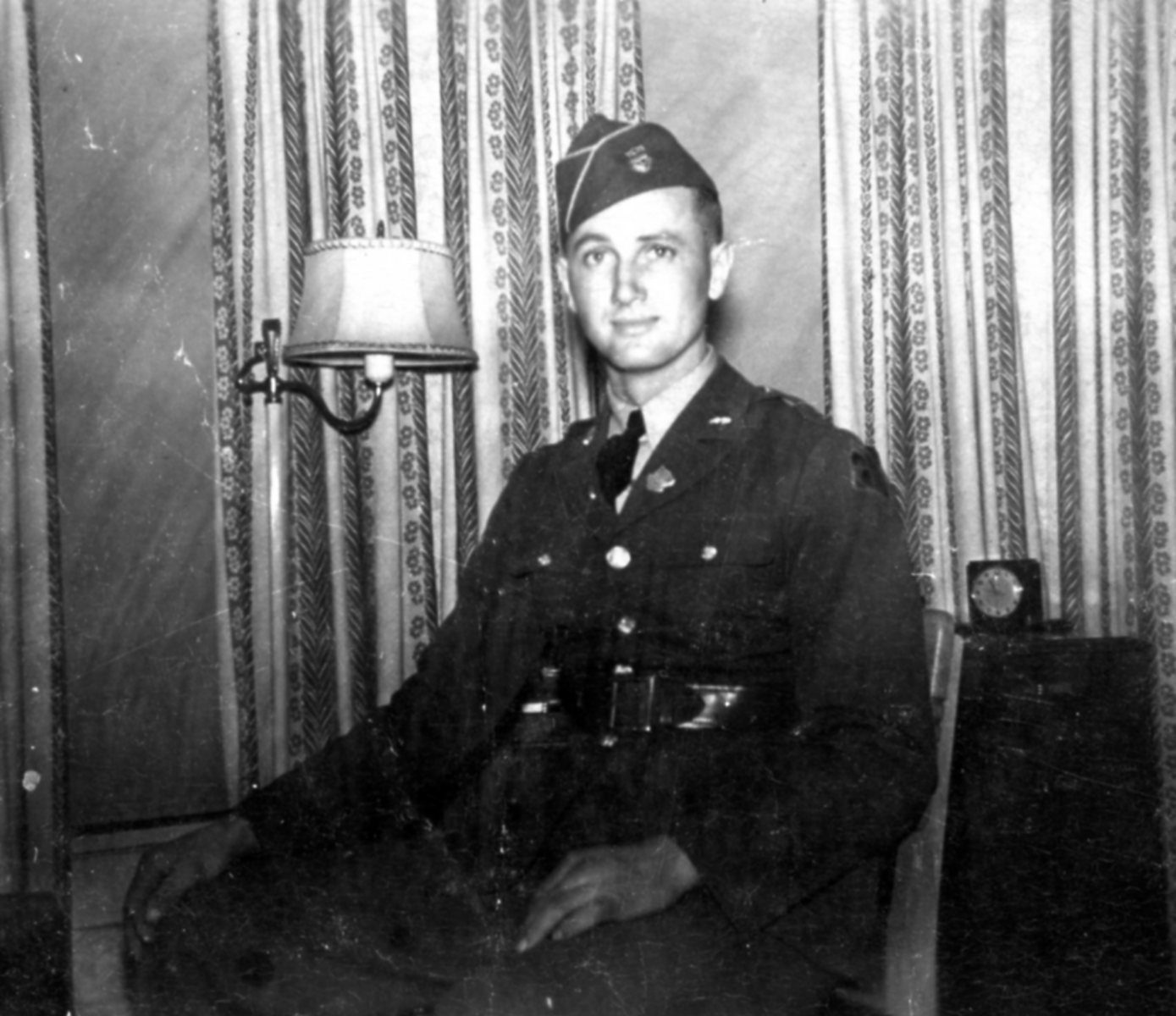 Lowell M Posegate was born May 16, 1918, in Shipley, the son of Pearl and Lulu (Sutherland) Posegate.

Lowell was one of many Americans to join the military to fight the Axis Forces during World War II.  He was a corporal.  His battalion landed at Normandy Beach on June 8 1944 D-Day +2. While marching through the country-side one soldier stepped on a land-mine.  It did not detonate.  The troop advanced and the next soldier in line a man from Forest City Iowa met the brunt of the explosion and was catapulted into the air.  It was from this position that he was able to note and soon after report that there were Nazis on the other side. ”timeline gap” Lowell and many of his compatriots were taken prisoner by the Nazis.  During World War II there were more Prisoners of War from the State of Iowa than any other state.

If anyone knows which medals and honors he was awarded please contact adam((a))posegate.com.

He married Elaine Lura on Nov. 24, 1948. He served in the United States Army during World War II. He was a member of Salem Lutheran Church and the Roland American Legion. He enjoyed baking, gardening, and singing. He lived most of his life in Roland and Story City.